Summer knitting and time for writing

What are your thoughts right now about wanting, feeling, drinking, wearing, making and some more …

Today you’ll actually get two posts in one.

First of, I got inspired by the #schreibzeit in May of Bines Blog “Was eigenes” and wanted to write something about a few topics as well.

The second post you’ll find further down under “Making”.

For about a year now I tried not to contemplate what the future might bring, but to live in the here and now.

I could not decide for one path over the other anyway so I thought it best to just enjoy and love who I am and what I have right here, right now. And surprisingly this worked quite well.

I figured that sometimes you could just not make a decision and wait until some opportunity presented itself. No use fretting over unspilled milk.

And it is true, slowly my chances are shifting. I started liking to think about the future again. New opportunities, people and roads have presented themselves in my life.

My freshly discovered minimalism that I developed over the past few years.

Until 2 or 3 years ago, I was a pretty strong hoarder and had troubles throwing anything away. Now that pretty much changed. A lot of my things, documents, photos, books, certain memories, switched to be digital – where I chaos still gets me -, in my room exist only a desk (& chair), a small shelf and a mattress as a bed.

I’m enjoying this lifestyle quite a lot right now though it developed unconsciously through different circumstance than the usual choice for minimalism. But it feels great to let go of all material things in some way or the other and I am still surprised of the fact that I can.

Furthermore, I do get the feeling that I gained a lot of blank space to think and be creative.

“The things you own end up owning you.”

But how I’ll feel in two hours I could not even say. My emotions are a roller coaster.

I have a new favorited dress bought from Blutsgeschwister that I could and would want to wear pretty much every day.

Apart from that: Lots of dresses, lots of skirts, no pants except for the short ones for hiking. Pretty much the usual.

I know what you think: Who doesn’t need those? And you are probably right.

And I do feel too that in the last time it was just way too much stuff going on. Working and organizing. During the week Spandau, meetups after the work, my own project and hackathons during the weekend. Without any real long break in between.

Now I long for a long time-out. Four weeks of hiking sound pretty amazing for example.

I don’t know why my lovely colleagues didn’t complain yet. At the moment I cannot stop listening to the mix “Tears of Stones” by Dennis Kruissen. That one was already last year my summer mix and still it gets better with every new listening.

And now the second part of this post, kinda.

A week ago or so I decided to participate at the #midsommarsticka by Fadenwerkerin. I know the time to finishing at least 80% of my summer top until the 21st of July is very short. The challenge was already published in January! But I only stumbled over it through Madame Flamusse. But at least in between is the WWKIP so I basically have a whole Saturday just for knitting.

On the picture at the top of the article you can see the cast on and a bit of the back of the top. I don’t usually knit a lot cloth for summer, but when I saw the shirt “…a hint of summer” I wanted to start knitting right away. So I did go to handmade Berlin and bought the silk yarn “Kinu” by Ito which I wanted to use for quite a while now.

I am truly happy about it and am looking forward to the finished piece.

For a few years now I am obsessed with summer rolls. I could basically eat them every day. At the moment, I am very pleased they one can buy them at almost every Berlin corner and I seriously try to taste them all!

Furthermore, we started at work last winter to invent the Pasta-Sauce-Thursday which doesn’t necessarily have to be a Thursday. For this event we form teams of two that cook for the other colleagues pasta and a sauce. The only condition: The sauce should have at least three ingredients. So, a bottle of ketchup does not count. 🙂

It already feels like a bit of a tradition and it is a lot of fun. You never know what people will be cooking that week but it goes from pesto to Arrabiata to “Thyme-pot of Spandau”. Creative names get an extra applause.

It is summer, lovelies!

Spritzer, shandy, infused water. Give them all to me. And they taste best when you sit with friends at the Landwehrkanal.

3 Responses to “Summer knitting and time for writing” 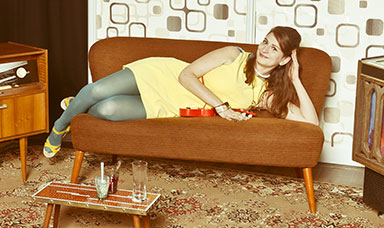